It’s a bag battle between two idol-actresses! Let’s check out who wore the Tod’s bag better between “My Loveable Girl” and f(x) idol Krystal Jung vs “Cinderella and the Four Knights” and Apink idol Son Na Eun. Don’t forget to cast your votes below on Who Wore It Better! 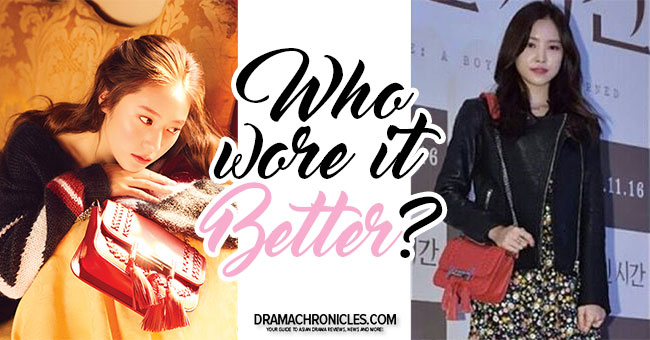 Krystal Jung attended the Milan Fashion Week as Tod’s Asian brand ambassador. She wore the red crossbody bag during the event then in October, her magazine shoot was released.

Meanwhile, Son Na Eun wore the bag for a VIP premiere she attended in November 10.

The Tod’s red crossbody bag with tassels And double-T buckle is priced $2,595.

Disclaimer: Price mentioned is based on information found online. Price may change without prior notice.