“Personal Taste” actress Son Ye Jin wearing a long-sleeved midi-length elegant laced dress from Dolce&Gabbana during the 36th Film Critics Awards where she received the Best Actress Award for her political thriller film “The Truth Beneath”. 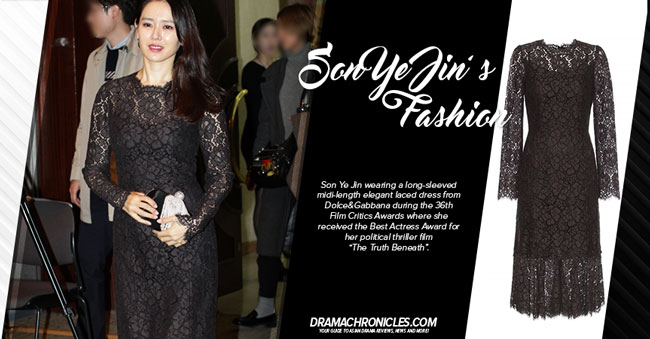 Want to get Son Ye Jin’s fashion? The lace dress is from Dolce&Gabbana and is sold for £ 2,600.