Currently airing jTBC show “My Wife Is Having An Affair This Week” and upcoming 2017 jTBC shows “Strong Woman Do Bong Soon” and “The Package” takes their reel KDrama ships to Elle magazine. 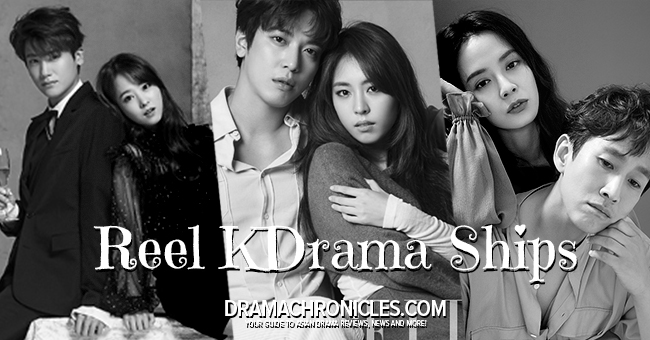 My Wife Is Having An Affair This Week

“My Wife Is Having An Affair This Week” actors Lee Sun Kyun and Song Ji Hyo plays a married couple who goes through a rough patch in their relationship. In the drama, Lee Sun Kyun plays the role of Do Hyun Woo who accidentally reads a text message in her wife’s phone from a guy named Michael. Song Ji Hyo plays the role of the wife, Jung Soo Yeon. Hyun Woo not knowing how to deal with his wife’s possible infidelity anonymously seeks the help of strangers online. Poor Hyun Woo! Let me borrow the words of “W-Two World” Oh Yeon Joo “I am one of those people who want your life to be a happy ending. Really!” Fighting oppa!!! LOL.

Upcoming 2017 jTBC rocco “Strong Woman Do Bong Soon” will give birth to Park-Park ship with actor Park Hyung Sik playing the cold-hearted CEO and Park Bo Young as strong woman Do Bong Soon. Not much about the plot has been revealed but just recently, Kim Ji Soo was confirmed as second male lead and if you’re an avid Kfan, you know how bad a second male lead syndrome havoc Ji Soo leaves behind so Hyung Sik definitely has great competition coming his way.

Lastly, upcoming 2017 jTBC romance KDrama “The Package” teams up Lee Yeon Hee and Jung Yong Hwa in the City of Love– Paris!!! Can tour guide Yoon So So (played by Lee Yeon Hee) navigate her way into heartbroken guy San Ma Roo’s (played by Jung Yong Hwa) heart? I cringe on my own cheesiness most of the time! LOL.

Let me know, your thoughts!