That’s what we literally did when we found this place. Coffee Prince shop was the location for one of my top KDrama favourites that has  influenced my Asian drama fascination. It’s the backdrop for the gender bender rocco 2007 KDrama “Coffee Prince” that starred Yoon Eun Hye and Gong Yoo.

First impression: Being a humongous drama fan that I am, felt extremely sad that the place looked abandoned. The exterior needs (super) major gardening, the interior was in an okay (so-so) condition and the second floor was off-limits. 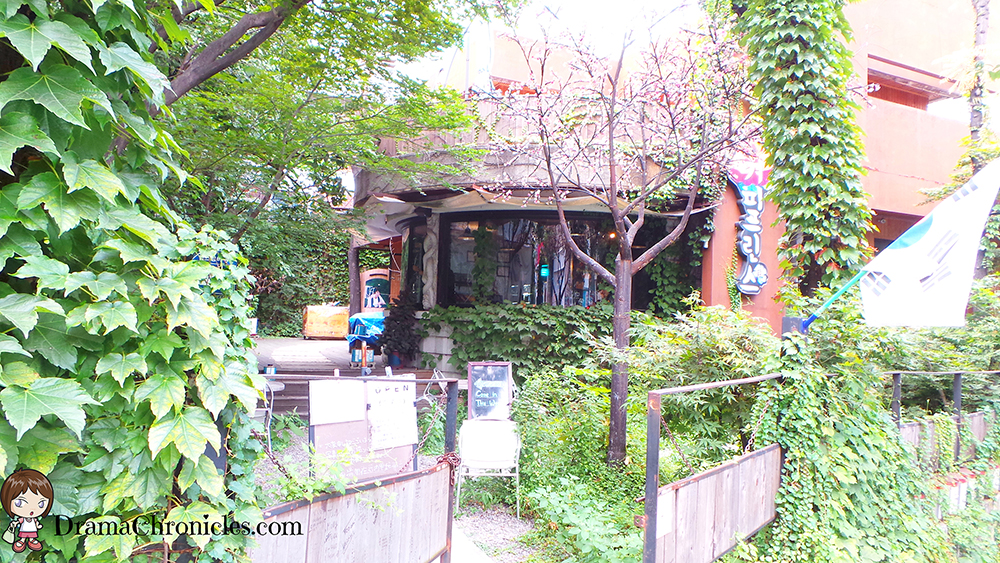 Before we went, I’ve been forewarned by friends about the unpleasant attitude of the shop’s personnel. So when we went, we armed ourselves with extra EXTRA patience because the last thing we want is to ruin our priced visit just because of someone else. We were the first customers for the day and before we even took out our cameras to shoot, we ordered drinks and cakes first. There’s a fair amount of warning in the shop’s gate telling people that the place is banned for sightseeing. It makes sense because they are a business establishment after all so ordering from the shop should be basic so if you want to use the toilet and take photos, you gotta order first. 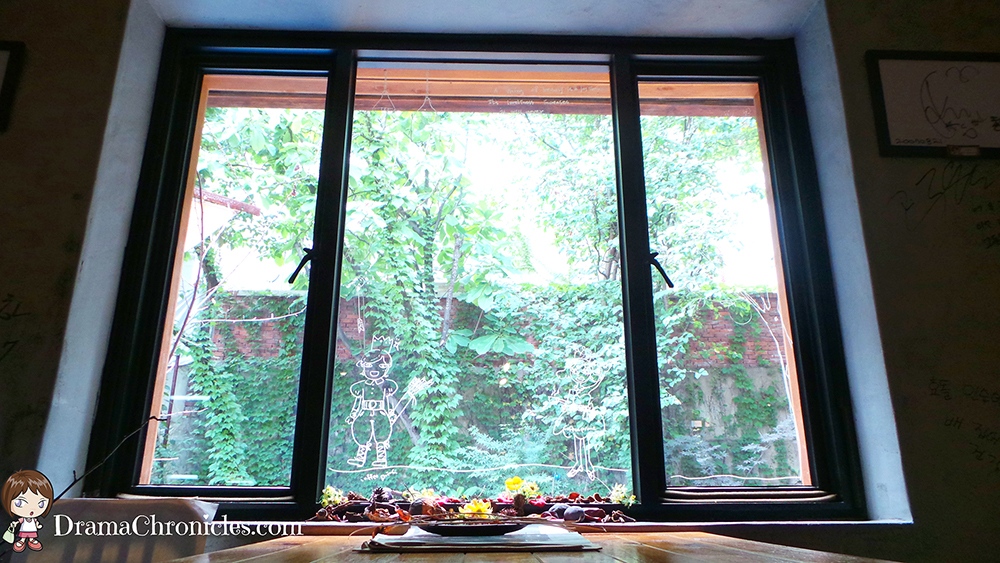 With regards to the personnel’s behaviour, they greeted us warmly when we arrived. After we ordered and all, it felt like we were on Big Brother House and someone’s watching our every millicentimeter move, waiting for us to make a minute mistake or something. They were quick on their feet to point out mistakes too. There was an instance when I was taking a photo of the sunflower mural and since it was a little dim inside the shop, all my photos were turning out blurred so I rested my elbow on the bar countertop to stabilize my shot and boy oh boy, the lady personnel snapped at me like I killed a person or something. She apologized to me immediately afterwards for screaming but still man, chill!

After all the fuss about “Im-in-Coffee-Prince-shop” fades, the place becomes another coffee shop and when inside a coffee shop, customers should be able to relax. But that’s not the case in this place, I think they haven’t been in a coffee shop because they are too rigid with their rules that it becomes almost too alienating for the customers. No wonder the place looks abandoned. I feel bad for the place and if this continues, I won’t even be shocked to hear that the place closing down. 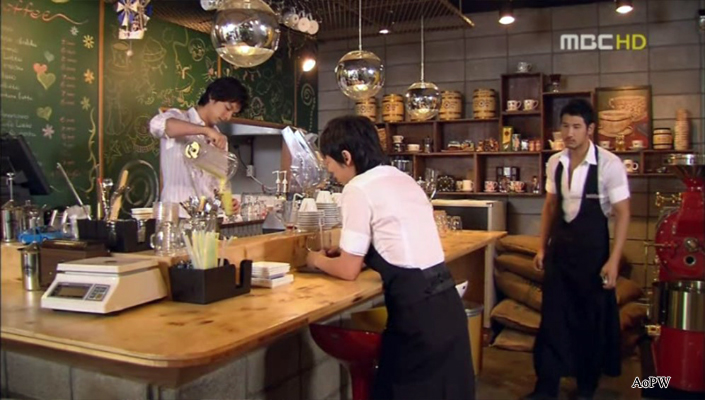 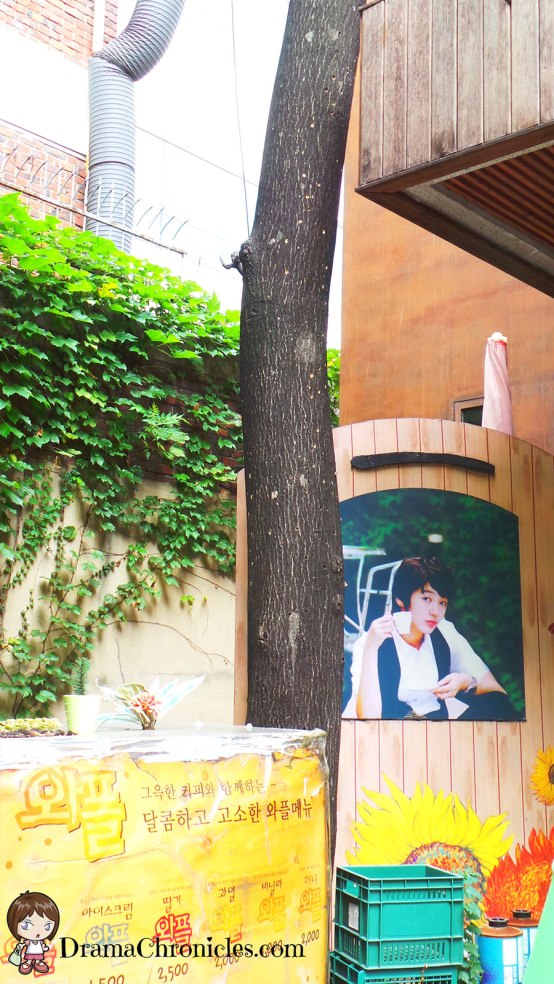 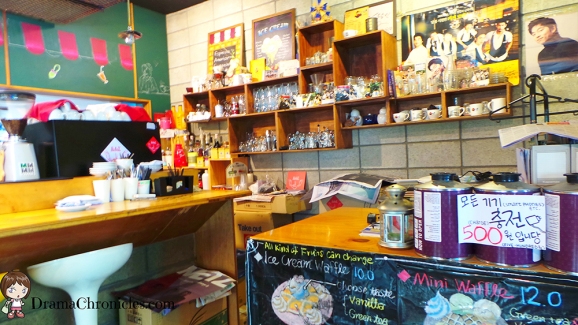 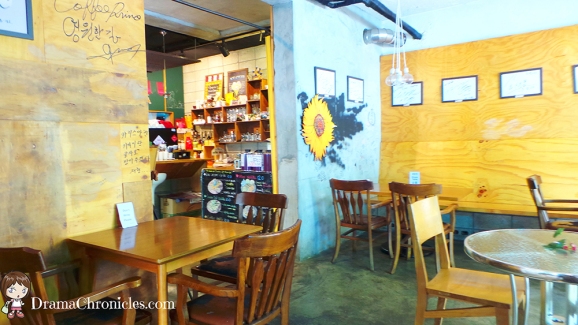 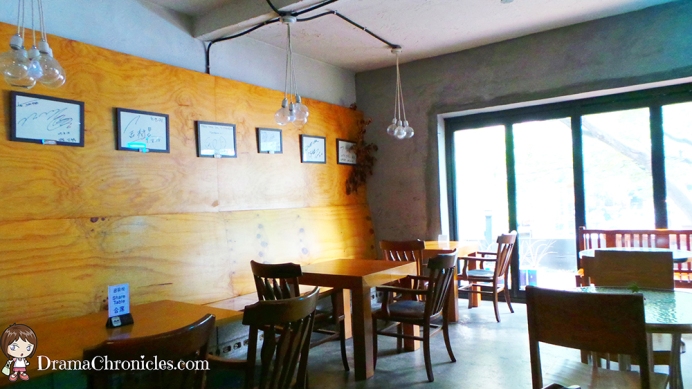 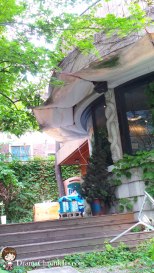 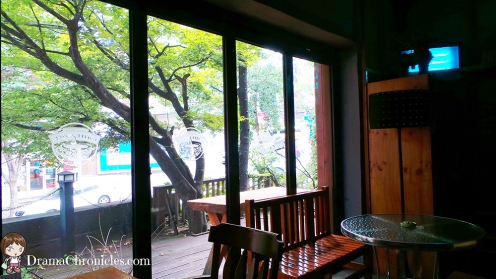 Most of our friends got lost trying to find the coffee shop so I’ll do my best (fingers crossed) to help you out on this. There are two ways to get there. First would be via subway and second via bus.

Once you emerge from the exit, a seemingly dead end appears (see photo below), head towards your right. 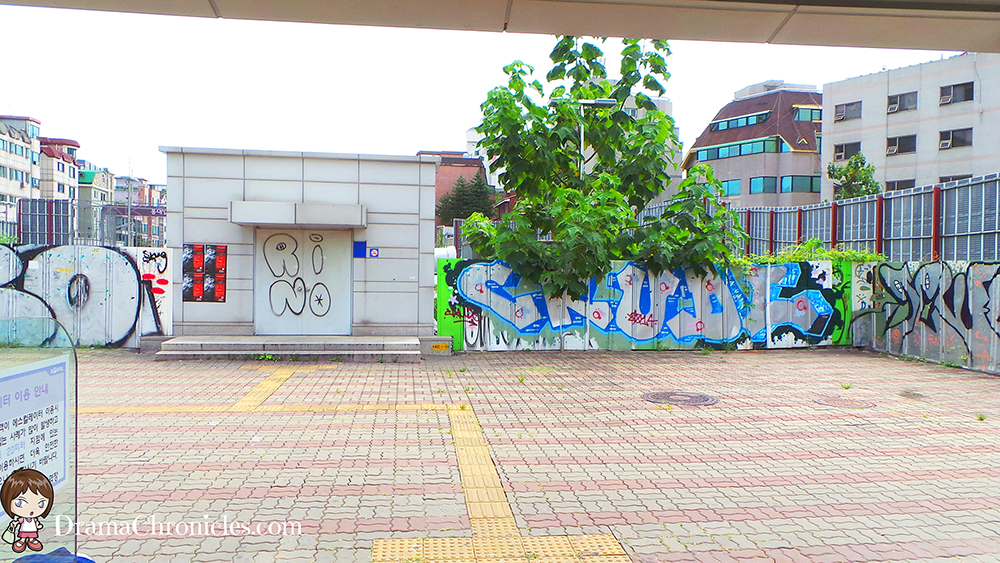 Once you turn right, you will see a flight of stairs.

Go down the stairs. 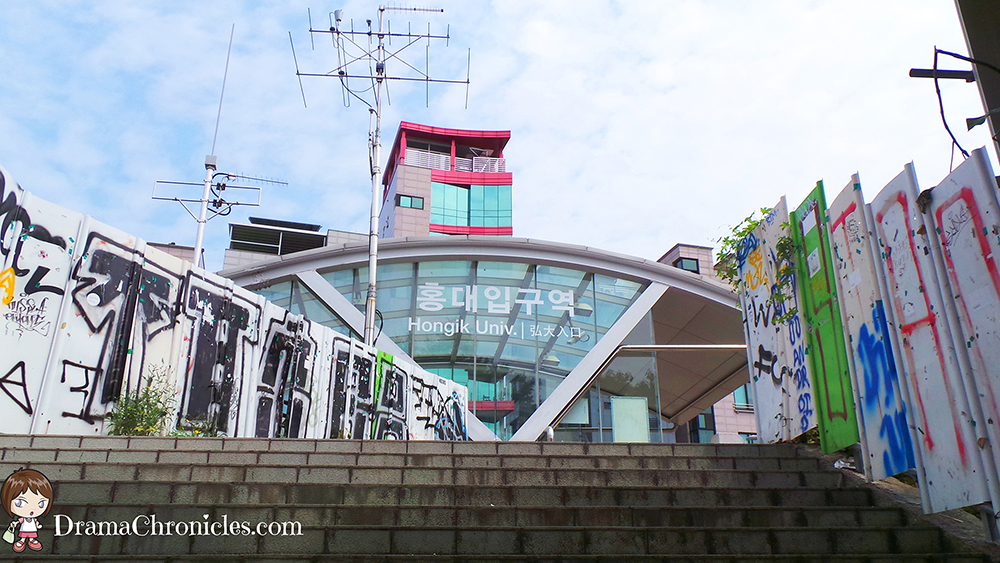 At the bottom of the stairs, you will see a playground.

Once you are in front of the playground, head straight for that dark red signed restaurant. That’s Hong Gu Pork Restaurant.

From Hong Gu Pork Restaurant, take left. You will pass by a 7 Eleven. 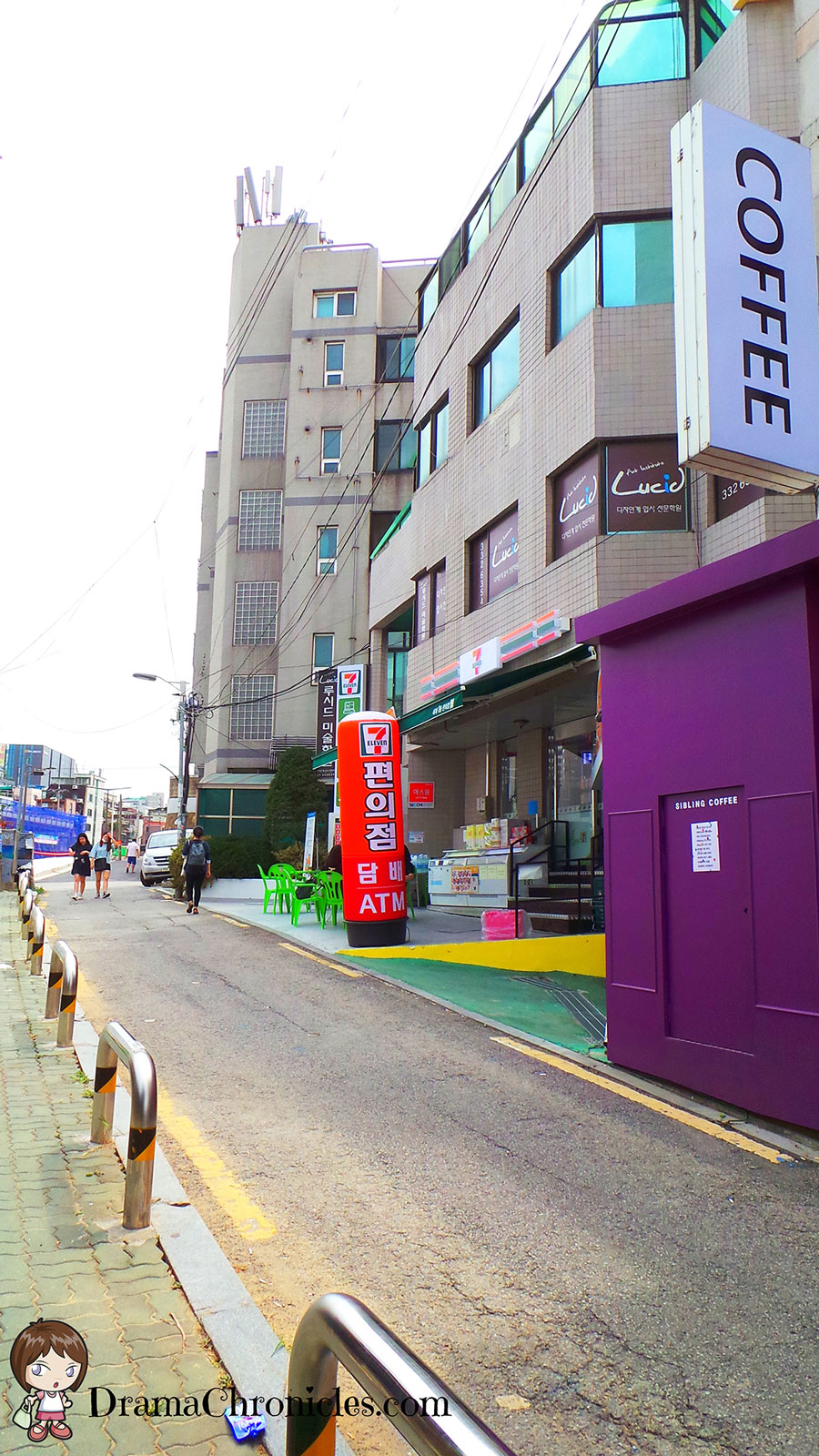 Keep going straight until the end of the block and once you reach DumDum Vintage Clothing, take a right. 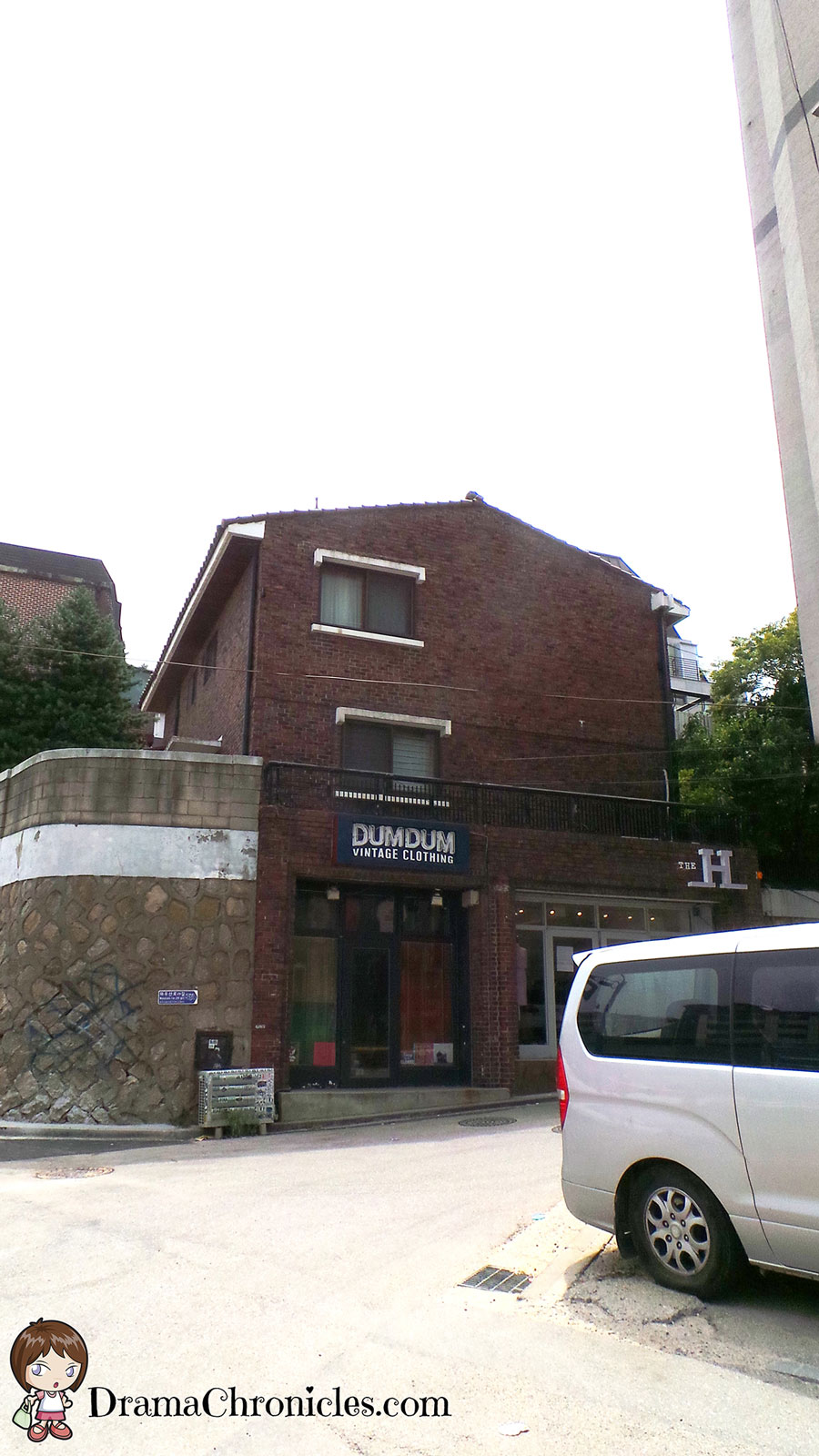 Keep going straight until the end of the block.

Once you reach the end of the block, there’s a CU convenient store on your right. Cross the street and head to your left. After 3 blocks, you will find the coffee shop on your right side.

From the bus stop, you will see this intersection.

On your right should be San Woolim Art and Craft. Just keep walking straight. 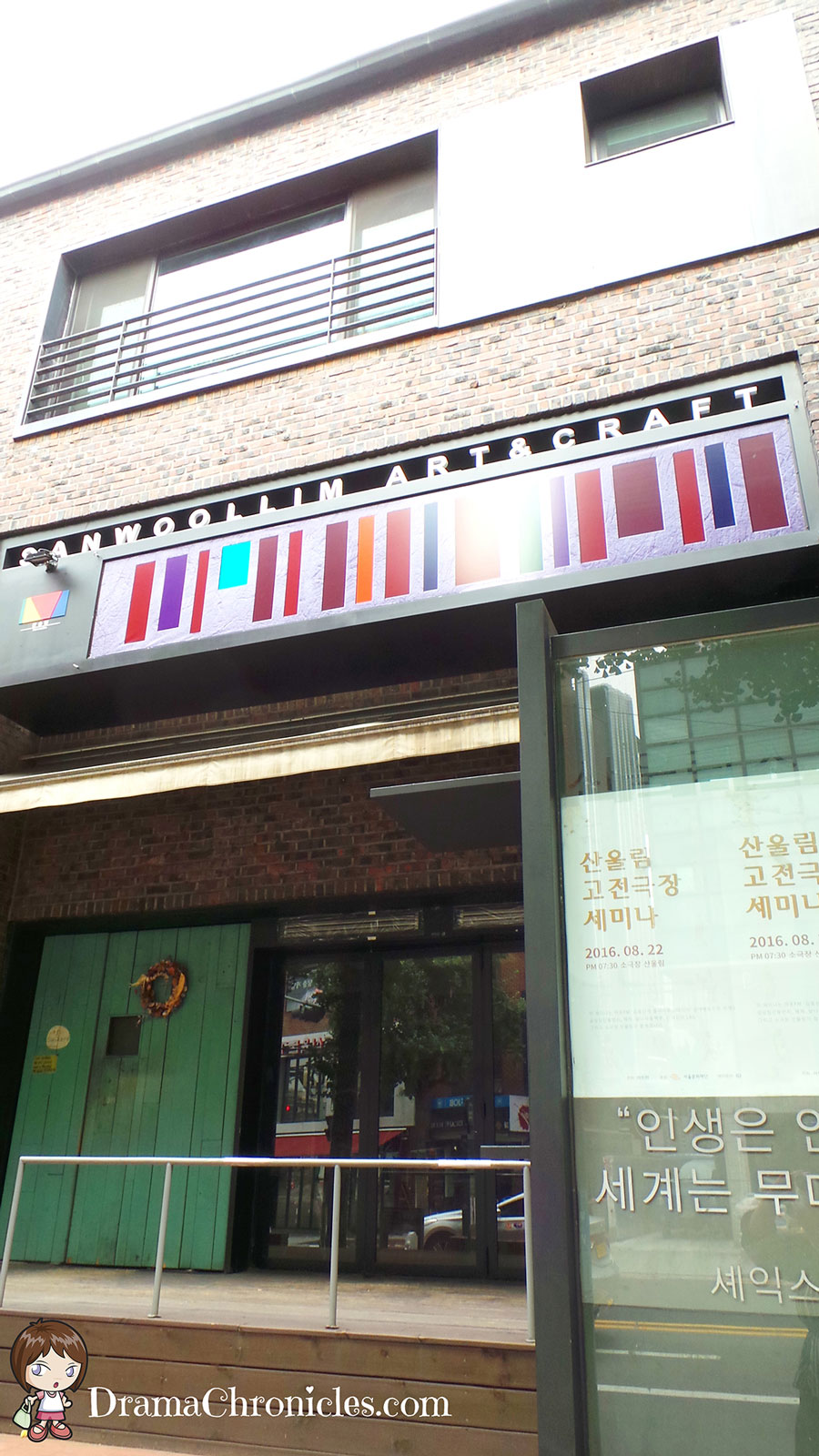 One you reach this spot for  Mmth Coffee then take right on the street. 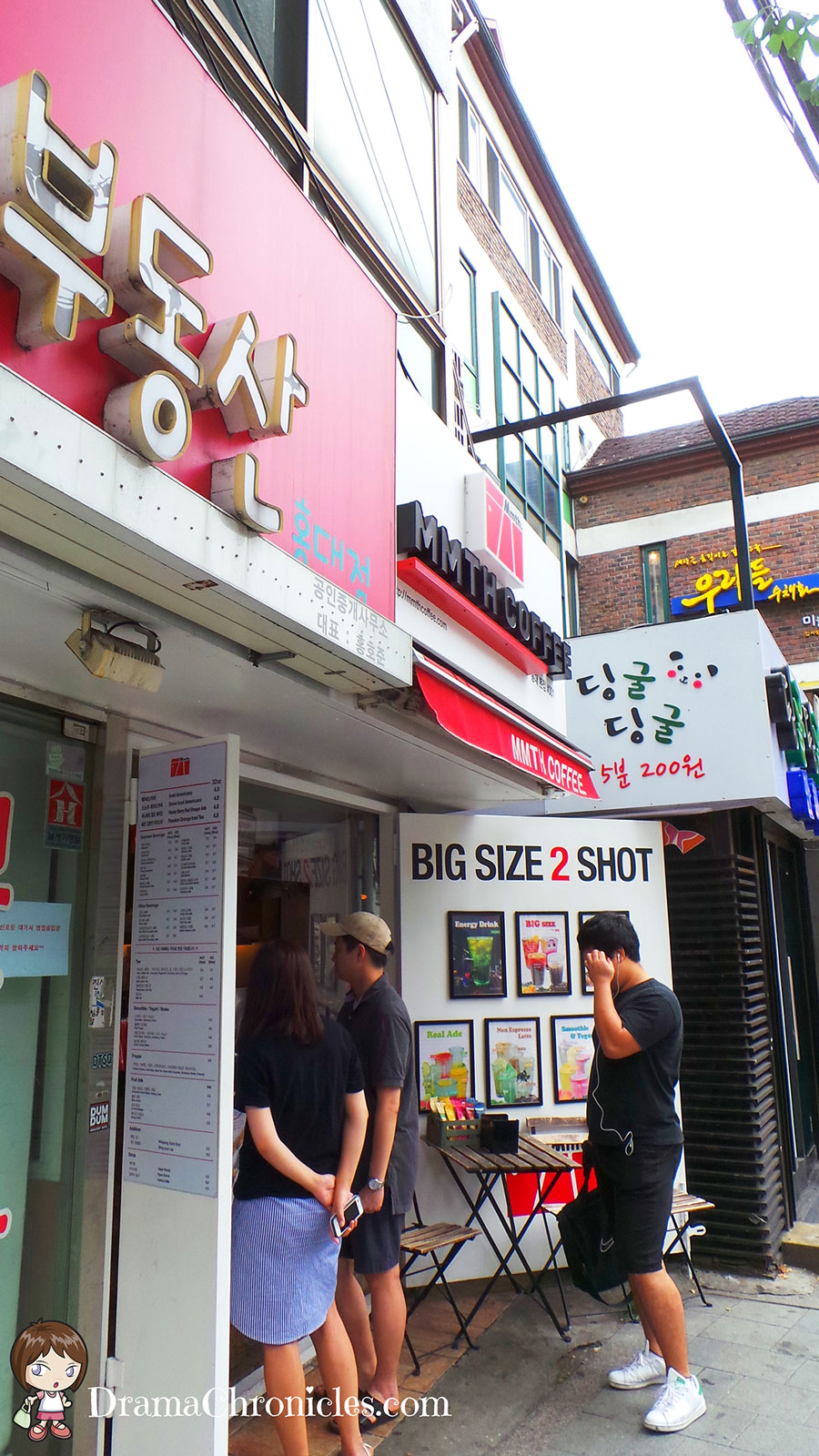 Once you take right, this is what you’ll see. The 3rd establishment is Coffee Prince shop. The one covered with trees and with a flag. So you just need to cross the street and voila! 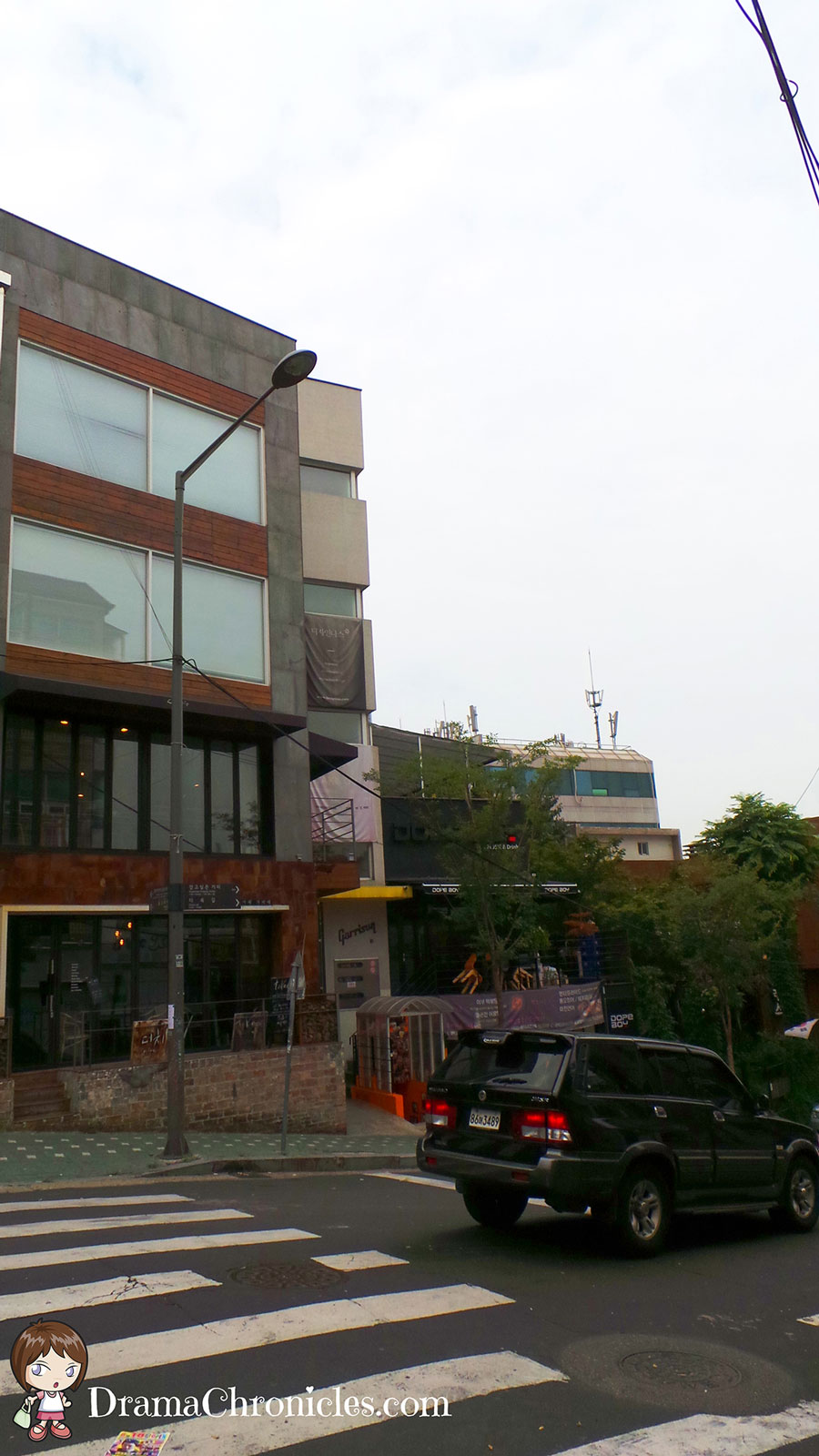 I wanna thank my expedition partner-in-crime Grace for patiently touring with me. You can follow her at her IG account: getlostwith_grace.